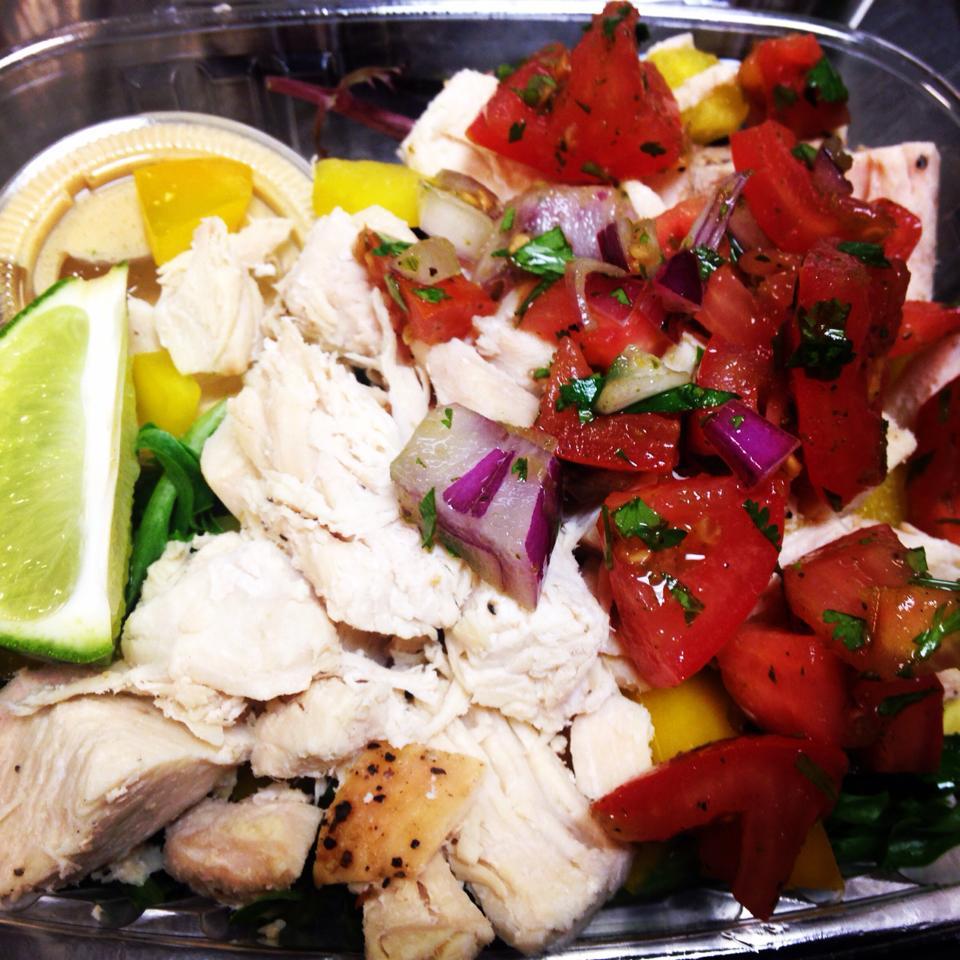 This chopped chicken salad dish is just one of the delicious and healthy meals prepared by Remedy Chef Marina Cook and delivered to clients' doorsteps.   Courtesy Remedy

ElDorado Chamber of Commerce issued the following announcement on March 17.

Gov. Asa Hutchinson announced Monday that there are 22 confirmed positive cases for COVID-19 in Arkansas as of yesterday, up 16 from Sunday.

Hutchinson announced the first confirmed case in Cleburne County, a county in central Arkansas, and said the cases are related to travel outside of the state.

“I think that’s an important reminder as our families are looking at where to go on spring break, what to do,” Hutchinson said during a press conference at Washington Regional Medical Center in Fayetteville.

He also said restaurants and other businesses are able to continue to operate under their own choosing, but should keep healthy practices in mind. He also recommended no more than 50 people should be in a space at the same time.

Hutchinson also said grocery stores will remain open and that there isn’t any need for “panic buying.” He also praised Arkansas Attorney General Leslie Rutledge for her reminder to the public about potential price gouging and that the practice is illegal.

“Price gouging is illegal, and I will hold bad actors accountable who take advantage of Arkansans,” Rutledge said in a March 12 press release. “Unfortunately during a time of uncertainty and worry, consumers must be diligent and report businesses charging prices for items that are beyond legal limits.”

State education officials were also at the press conference and noted that student health and safety is the no. 1 concern for educators.

Hutchinson responded to a question about closing schools for the year and said it isn’t being considered. Sunday Hutchinson called for the closure of all on-site instruction at Arkansas schools effective today.

During Monday’s press conference, Hutchinson said it’s important to get a handle on the situation now in the two-week period through Spring Break and to resume some normalcy following the end of break.

Those at the conference also urged people to wash their hands, stay healthy and take necessary precautions. They also encouraged people who think they’re sick to stay home, not go to work and to call their primary care physician or a hotline to determine the next steps.

Superintendent Michael White of Parkers Chapel School District announced Monday the district will have grab-and-go meals for their students at the school’s auditorium foyer and through regular bus routes between 11 a.m. and noon through the end of the week. The district also announced Monday on the high school’s Facebook page that students without home internet access can use free wi-fi in the school parking lots and Poppy’s Pizza parking lot.

Strong-Huttig School District will also have a feeding program for its students from 11 a.m. to noon on Wednesday and Thursday. Students will be able to pick up lunches and breakfast for the next day to take home from the Strong High School cafeteria (635 S. Concord St.) and at Huttig City Hall. Superintendent Kimberly Thomas said the Salvation Army will provide meals during the week of Spring Break at city halls in Huttig and Strong.

Superintendent Jason Black of Smackover-Norphlet said the district will provide meals for any student or any child in need from age 0 to 18 at Smackover and Norphlet campuses from 11 a.m. to 12:30 p.m.

“We look forward to being able to support and help the community in any way we can,” Black said.

Superintendent Robby Lowe of Junction City School District said the district will continue with food service this week. Students will be able to pick up sack lunches Wednesday and Thursday this week from the cafeteria at 241 W Holly. Lowe said if schools are closed longer than anticipated, the meal service would extend to delivery.

The El Dorado-Union County Chamber of Commerce also anonunced how each restaurant downtown is responding to COVID-19.

El Dorado Creamery will close daily at 5 p.m. until further notice, and will offer half price yogurt. It will be open from noon to 5 p.m. Monday through Sunday.

Fayrays will offer curbside service to accomodate customers, and lunch and dinner menus are available all day. People can place their order by calling 870-863-4000 and call again to have your order brought outside. Fayrays’s hours are Monday through Friday 11 a.m. - 1:30 p.m. and 5 - 9 p.m.

House of Wylie and La Bella will stay open for business as usual. La Bella would also like to remind community members that they deliver (call 870-862-4335).

Laredo Grill will also maintain its hours, but will keep everything sanitzied with extra precautions and disinfectants.

PJ’s Coffee will open at its nroaml time but close at 5 p.m. All food is being placed in the back and can be purchased on request. All late-night performances have also been canceled until firther notice.

The Medical Center of South Arkansas announced the blood drive scheduled for today and its first Health Matters talk April 7 are canceled.

Union County Public Library System also announced Monday that the libraries will be closed through March 29.

Although all schools will be closed through Spring Break and all athletic facilities are closed to the public, the track only, not the football field, at Memorial Stadium will remain open for public use. If there’s an issue with people trying to use the field, though, the track will also close. The ESD also discourages large gatherings at the track.

Judge Hamilton Singleton also announced in a memo Monday the cancellation of all Criminal Docket calls in the First Division through April 16, including Drug Court.

“Special arrangements can be planned for the entering of pleas of other dispositions that will not result in a meeting of more than 10-20 people,” Singleton said in the memo. “First Division will continue to meet its designated Domestic Relations and Probate Courts and special settings throughout the district.”

The South Arkansas Community College Board of Trustees will also not meet for their regularly scheduled meeting tomorrow.

United Way will postpone its annual Power of the Purse event scheduled for April 23.

The Rotary Club of El Dorado has also cancelled its March 23 meeting.

The SHARE Foundation and F.A.C.T. Inc. also announced the postponement of the Grandparents Raising Grandchildren Training and Support Group, originally scheduled March 31. A new date and time has yet to be determined.

Did we miss anything? Email us at editorial@eldoradonews.com , tweet us at @el_newstimes or message us on Facebook to let us know.