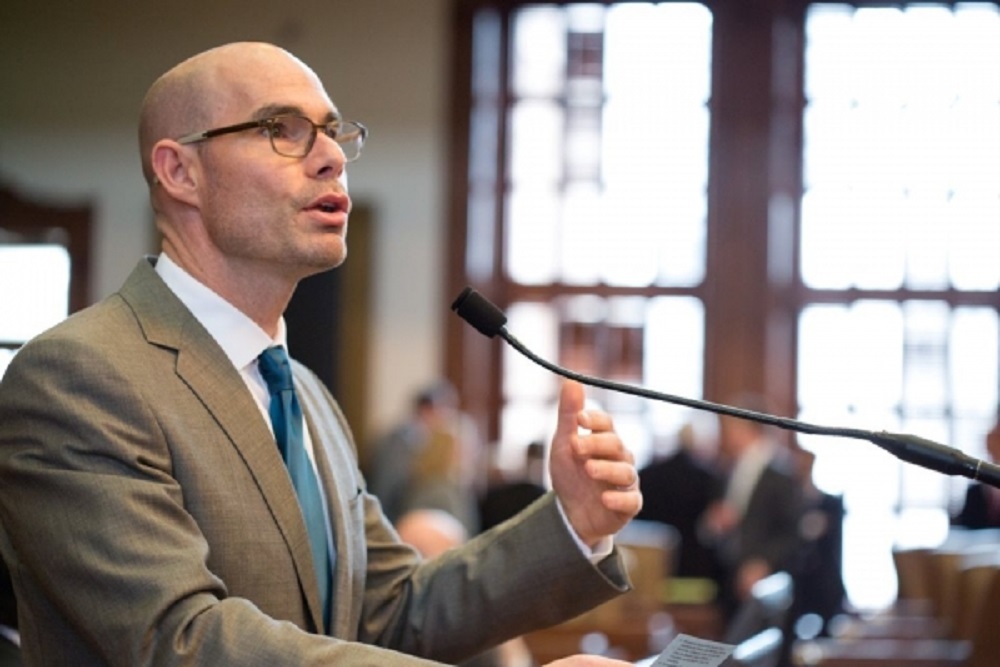 ElDorado Chamber of Commerce issued the following announcement on March 13.

Lt. Gov. Tim Griffin delivered the keynote address, speaking about the role the BGCE plays in building a strong community. He also included that he attended Boys and Girls Club in Magnolia, where he grew up, known then as the Boys Club.

“The Boys and Girls Club was needed then, but it’s needed a lot more now because of changes in our culture and changes in our society,” he said. “Back then, for a lot of kids, it was just something they could do, but they had other options … Forty years later, our culture’s not the same. The Boys and Girls Club is not a luxury in a community; they’re not just another option for our kids. They are a necessity.”

Griffin said not only do Boys and Girls Clubs across the country provide for the needs of the children they serve, they also help to prepare children for their futures in the workforce. He said industry leaders across the state have told him they need workers with soft skills, which he said have become harder to teach in recent years.

“If you want to impact a human being, the younger you start helping them, the more you can do and the better they’ll do,” he said. “You can’t wave a magic wand at the soft skills people used to learn at home. … We used to learn all these at home and in Sunday school, but now we need the Boys and Girls Club.”

Rep. Sonia Barker (R-Smackover) also spoke about the benefits Boys and Girls Clubs offer children. She said her three children were members and especially liked the athletic programs offered at the BGCE.

“Living in Smackover, they didn’t partake in the tutoring and some of the other after school activities, but they did all three play soccer and basketball and our sons both played baseball as well,” she said. “You know the saying ‘it takes a village?’ I don’t usually like that, because it makes it sound like raising or rearing a child is a task and it’s not, it’s a privilege and an honor; but there’s something to be said about all of the positive influences that come from outside of the home at the Boys and Girls Club. That’s definitely part of that ‘it takes a village.’”

Barker also spoke to students in the Smackover-Norphlet School District, where she teaches high school French and oral communications and coaches tennis; she read comments from four students and a parent who have participated at the BGCE. She said she was surprised that when asked if there was any anonymous message they had for the Club, all the students said ‘thank you.’

“I expected one of them to say ‘I’ve always wanted to have this or do this or go there,’ or even maybe a complaint … They said thank you for having a place for me to go and learn,” she said. “Learn! Not play football, not play sports, not play anything – learn. And I just want to echo their thank you and appreciation.”

Smackover will soon be the site of a new Boys and Girls Club. The new Club will be located at what was previously the district’s preschool building. Anthony Farris-King, who currently oversees the BGCE’s after school programs, will be the Director at the new Club.

State Speaker of the House Matthew Shepherd emceed the event and encouraged those in attendance to support the BGCE financially.

“From feeding programs to after school programs – the list goes on and on and on,” Shepherd said. “I’ve been to different places around the state, been involved in a number of different campaigns, and I’ve heard it said that supporting a good candidate is much cheaper than suffering under a bad government, and I think there’s an analogy you can draw here tonight … Supporting a good entity such as the Boys and Girls Club is a lot less expensive and a lot cheaper than what we might have to address without the Boys and Girls Club. You look at the budget we’re considering right now in Little Rock – there’s a request for an additional $5 million for the Department of Community Corrections; there’s a request for at least another $1 million for drug courts. Clearly those are necessary functions of government and that’s not to say that the Boys and Girls Club can correct all behaviors … but it certainly gives us a better opportunity to change young people’s lives.”

Victoria Hollis, marketing and development director for the BGCE, said the Club is still calculating the money raised at the event.

“The speakers definitely helped us in securing donations during the event,” she said.

To learn more about the BGCE, visit facebook.com/BGCEELDO. One can also find information about the Club’s response to the coronavirus.