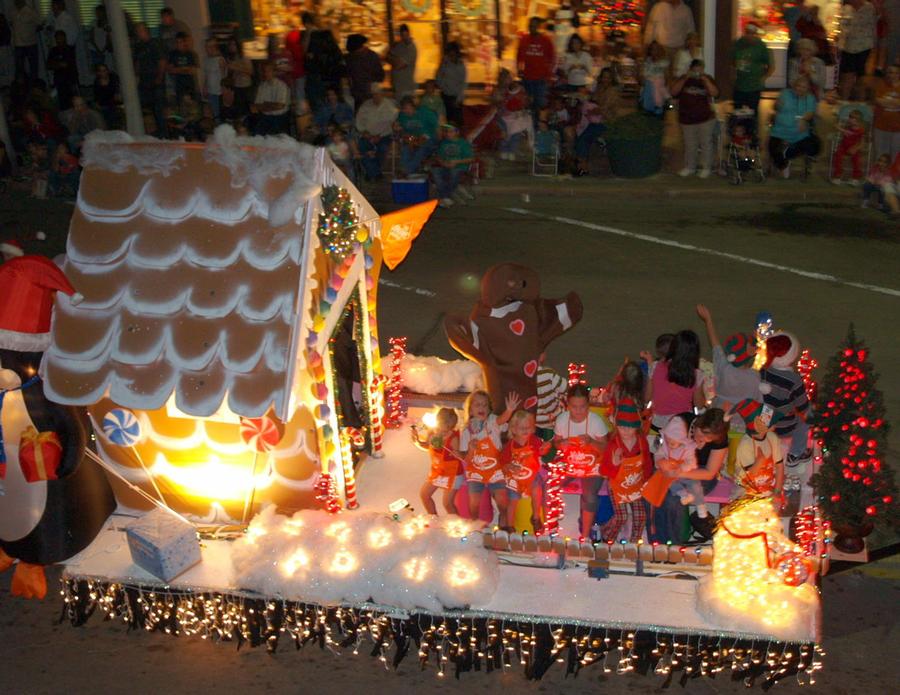 Courtesy of Bastrop Chamber of Commerce

ElDorado Chamber of Commerce issued the following announcement on Dec. 11.

Featuring "A Nutcracker Christmas" theme, the parade will begin at North West Avenue and 18th Street and run south on North West until it turns east onto Main Street and north onto Jefferson, where it will end at Jefferson and Peach.

The El Dorado-Union County Chamber of Commerce presents the parade, and chamber membership and events coordinator Jaren Books said there approximately 80 entries in this year's parade.

KTVE will livestream the parade this year, and show a repeat of the broadcast at 10 a.m. on Saturday, Dec. 14. This is the first year that downtown parallel parking spaces will be blocked off. The spaces along Main Street from North West Avenue to Washington Avenue; on the south side of Main Street between Washington and Jefferson; and on the east side of Jefferson between Main and Elm will be blocked off at noon today.

The parade will feature a hitch of eight Budweiser Clydesdales. The Clydesdales are also available for viewing through Saturday, when they'll make deliveries in downtown El Dorado.

The public viewing schedule is:

and at the El Dorado

noon at the ranch

The Clydesdales' appearance in El Dorado is one of hundreds made annually by the traveling hitches, according to a press release. Canadians of Scottish descent brought the first Clydesdales to American in the mid 1800s. Today, the giant draft horses are used primarily for breeding and show.

The press release details that horses chosen for the Budweiser Clydesdale hitch must be at least 3 years old, stand approximately 18 hands — or six feet — high at the shoulder, weigh an average of 2,000 pounds, be bay in color, have four white legs, a blaze of white on the face and a black mane and tail. A gentle temperament is very important, as the hitch horses meet millions of people each year.